The transformative effects of music. - Music for My Mind Skip to content

The transformative effects of music.

As we embark on testing for our music playlist app we look back to where it all began and the transformative effects of music that inspired the app’s creation.

At the beginning of our charity’s journey in 2016/17, we conducted a pilot study with family and friends where we witnessed first-hand the transformative effect of personally meaningful music. We created and played personalised playlists for 8 volunteers, basing them on popular music from their youth (14-22 years old) and any specific musical tastes. We observed a myriad of responses – from smiling, tapping hands or feet, to singing along. But the positive effect went even beyond that – it affected the family members who were present in the room, who saw their loved one engaging and interacting again through music.

One particularly emotive story was that of David and Huguette Tett. Huguette was born and grew up in Belgium. In her 30s, she met and married David, a British accountant, and they moved to live in England. As her dementia progressed, she barely recognised her visitors, was unable to express herself and would sometimes be agitated and disruptive. Until one day she heard the sounds of ‘Ne Me Quitte Pas’ by Jacques Brel which strikingly translates to ‘Don’t Leave Me’. What that song meant to her can be seen in our video.

The undeniable positive effect that the music brought to Huguette and our other volunteers is what Music for my Mind is striving to replicate with all families affected by dementia.

Where we're at. An update on our app. 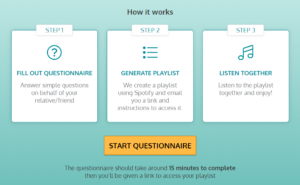 Help us move to the next stage by testing our App. 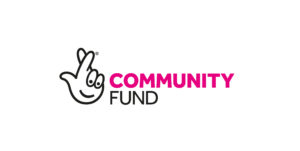 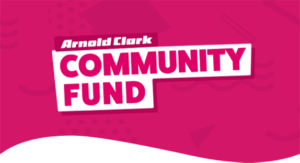