A lot has happened in the world of dementia care and music in the last few months and we want to shout about it from the rooftops! So we summarised the latest updates here for you:

The National Campaign Music for Dementia 2020 has launched the first ever online Musical Map for Dementia. The idea is to have one centralised platform with information of all music-based activities and services nationwide, for people living with dementia, in order to improve their dementia care.

The team behind the Campaign are encouraging anyone who organises events such as choirs, music groups, music therapy, dementia discos or anything else dementia-friendly – to submit their service or activity, via the platform’s application form. This is all a part of the goal to make music more accessible for people living with dementia.

BBC Music Day was centred around music and well-being, with a focus on people with dementia

BBC’s Annual Music Day placed a focus this year on music and well-being; the power of music to inspire, bring us together and make a positive impact. On 26th September, over 800 events took place nationwide, over 100 organisations got involved and BBC had numerous TV and radio broadcasts – all celebrating the importance of music in improving the well-being of people living with dementia. Multiple Grammy-winning musician, Nile Rodgers, was the Ambassador for BBC Music Day, as he shared his personal experiences of caring for his mum who has dementia.

You can revisit some of the highlights from that day here – https://www.bbc.co.uk/programmes/articles/CNd36D4NJfvSq36jNtYWJd/music-dementia.

To celebrate BBC Music Day, we at Music for my Mind, launched our Wall of Memories, where you can share your personal stories of experiencing the power of music to a loved one living with dementia. We want to hear from you and build on the evidence, that music can benefit people’s well-being, when affected by dementia.

East Midlands Ambulance Service launched the first ever ‘dementia friendly’ ambulances in the UK. Four ambulances have been adapted to make them more comfortable and less confusing for people with dementia. The changes include:

These ambulances are operating in Northamptonshire and Leicestershire and plans are in motion for more ambulances to be adapted in this way.

In early September 2019, former EastEnders actress Barbara Windsor delivered a letter to Downing Street, calling for more to be done for people with dementia. She was diagnosed with Alzheimer’s disease in 2014 and has since, with her husband Scott Mitchell, been an advocate for change in dementia care.

More than 50,000 people signed the letter to Boris Johnson, which calls for a long-term funding solution to dementia care, as well as an immediate £2.4billion NHS Dementia Fund. The group is calling for the government to plug the gap in funding if the money cannot be generated from the NHS.

Read more about the goals of the campaign here.

2.6 Challenge to Save UK's Charities 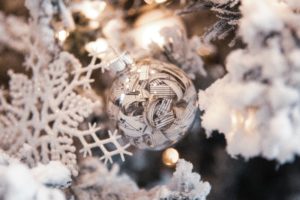 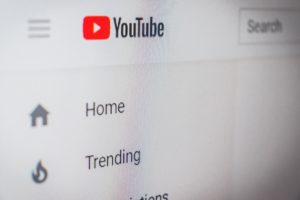 Be the first to hear about our latest news, app updates,
research developments and future events.

Thank you. You have successfully subscribed

There was an error while trying to send your request. Please try again.