What makes Music for my Mind – the beginning…

Part 1 of 3 by John Peatfield

Over the summer months, we have had the pleasure of welcoming an enthusiastic and aspiring volunteer, John Peatfield, after a serendipitous meeting with Keith on a flight from Bordeaux last year. John became fascinated with Music for my Mind and the project we are working on, leading him to volunteer his various skills to our cause. We value the way our audiences perceive us and strive to get our goals and messages across to reach wider audiences from all demographics. Which is why we invited John to have a deep look at what makes Music for my Mind, how it works and what are its aims. Over the coming weeks, we will be sharing with you his three pieces that explore the past, the present and the future – from a different perspective.

– Music for my Mind


Hello!
My name is John Peatfield and I am currently a final year English student at UCL. Over the last few months I’ve had the enjoyable task of becoming involved with Music for my Mind and getting to grips with their aims, methods and successes – producing three blog posts as an introduction to the Charity’s work and the field of dementia care generally.
As well as this, my fellow UCL student Chirag Rao (medicine) and I have come up with a survey on musical awareness which will help Music for my Mind’s practical work. We’re excited to share with you the fruits of our labour in the coming weeks. It would be wonderful if you could join in the survey, either yourself or encouraging others of the right vintage to participate; the critical vintage is aged 30-60 and we all have parents, siblings, children or grandchildren of that age and they have lots of relevant friends and family who could help achieve the numbers we need. Stay tuned!

Music and Memory. Anyone whose home is not under a rock, or whose ears are at least mildly attuned to a decent melody, will have certain songs that bring back certain memories. Whether they be painful ones, perhaps of a family member ill-advisedly dancing to Dexys Midnight Runners’ “Come on, Eileen” at a wedding or listening to Queen’s “Don’t Stop Me Now” when training for a grueling marathon, or happier ones such as “Jerusalem” in a school assembly or Madness’s “It Must Be Love” from a period of courtship, music clearly has a tremendous ability to make time long ago as fresh as yesterday.

It seems then only a small “Logical Song” leap to what Music for my Mind (MFMM) calls its mission. With Memory Loss, sometimes called Dementia, comes heightened evidence of the transcendent ability of music to “Turn Back Time” (I promise I will stop quoting song titles now… maybe). The general idea, and I must admit it is a rather simple one, is to play a selection of songs, mainly from the person’s youth, with which they may have an emotional bond and which may then affect their mood – almost always for the better. Sounds obvious, doesn’t it?

And yet, despite large amounts of anecdotal evidence, as well as some examples available in the MFMM produced video available on their website, very little has been done to find in theory what is so obvious in practice. That is until May 2016, when under the auspices of MFMM’s founder, chairman and all-round patron saint, Prof. Keith McAdam, the charity was registered and its real work began.

I personally met Keith on rather a grim EasyJet flight back from Bordeaux and, unaware of his celebrated career (a word which shall make his ears burn, I’m sure), I waffled on about some old nonsense for an hour and 30 minutes. Fortunately enough, it takes around an hour and 45 minutes to fly from Bordeaux to Luton, giving Keith a quarter of an hour to tell me about his new charity and the work it was doing. This was enough to convince me of its promise and make me very keen to become involved.

Meeting Keith again in rather more comfortable surroundings (a sunny room in the Royal College of Physicians, just by Regent’s Park) I thought I’d better catch up on what I’d missed. Googling the man himself tells you an awful lot about how good he is at cricket, but not about his experiences working in a HIV clinic in Uganda, where creative therapy and community outreach were the determining factors as to whether people were willing to even admit that they were affected by the disease, let alone allow anyone to treat them. Keith talks of how numbers at the clinic soared from 50 to 500 through simple changes, such as replacing the parlance for patients as ‘Victims’ with ‘mikwano gyaffe’ (‘our Friends’), and more energetic approaches such as the 5-part creativity program. This program included art sessions, games, social and spiritual support, enterprise classes and, most effectively, musical therapy. Doctors and Friends alike were able to cope with the daily extremes of the clinic and of the disease through music and song.

After returning from Africa, and completing a few other high-profile roles, Keith sought to use his experiences of creativity in healthcare, especially through music, back home. 850,000 people live with dementia in the UK alone, not to mention the families affected by the distress caused by the disease. And so, in line with the ‘of course, that’s so obvious, why didn’t I think of it’ approach MFMM revels in, Keith saw dementia as a prime target for musical therapy.

Things started slowly. Keith assembled together an almost frighteningly sophisticated group of entrepreneurs, experts, musicians, physicians, politicians and the odd peer to help and advise him in the early days of the charity. Many of this group now call themselves trustees, and many other business leaders and the vanguard of technological advancement have joined their ranks, so much so I’m now rather irritated I’m only in the Royal College of Physicians. Well, it’ll do.

Aside from his time in Uganda and his own medical background, I ask Keith which experiences have formed his own goals for the charity. He immediately speaks of Huguette, a lady, now sadly deceased, who features in MFMM’s video. A Belgian national, she married an English accountant and spent the rest of her life happily with her new family in the UK. Despite her immersion in British culture, it was the songs of her childhood, all in French, which restored her to her pre-dementia state and cause her husband David’s legs to shuffle in such restrained joy in the video. Keith tells me that most of MFMM’s key people were behind the frame and it was this clear evidence of music’s restorative power which gave impetus for the charity’s current position.

But, says Keith, we already knew that it works in practice. What we needed was proof in theory. To achieve this, the charity is involved in a vast range of enterprises, including app building, work in care homes, medical papers, scientific investigations and even AI (though Keith says that is under development, hush hush for now…). MFMM’s mission is to replicate Huguette’s experience in care homes across the country, using technology to make this level of transformation attainable for all affected by memory loss.

As our chat comes to a close, I ask Keith what kind of music he prefers to listen to, or what would he sing if forced into karaoke. A bit of rock ‘n’ roll? Euro-Pop? Grime, perchance? Or, knowing his proud Scots roots, that awful bagpipe music they play at reels? No, he says, giving me a weary look; anything you can dance to, with a high tempo and a sense of life. I suppose this is exactly what MFMM seeks to restore – that sense of life stolen by memory loss – and under the choreography of Keith, I am sure it will do just that.

The current state of affairs 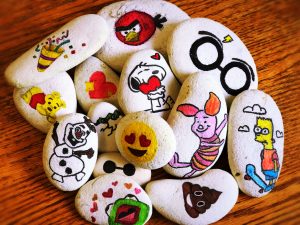 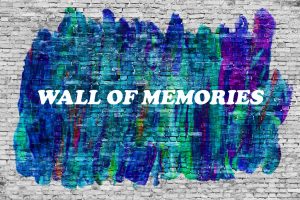