A History of Music Therapy. - Music for My Mind Skip to content

We revisit the origin and meaning of music therapy throughout history - in the context of Greek, Roman and Catholic traditions and tales.

Wikipedia is rather a fickle beast. Distrusted by many and dubiously added to by more, it can become a bit of an obstacle course of fictions on the road to fact. But it does have its occasional moments of shining glory, one of which is the inclusion of Louis Gallait’s Power of Music as the title image of their otherwise fairly bloated article on musical therapy (image above).

Quite apart from being lovely in its own right, Gallait’s pastoral image shows the ideal of musical therapy: live, simple music lulling the sufferer all the way to sleep, a sleep in the artist’s words “oblivious to all grief, mental and physical”. It also reminds its viewer in the figures’ traditional dress, although of course in a constructed 18th century way, that musical therapy has been around for a very long time. Now we must leave Wikipedia to get any sense of its history, starting all the way back in the ancient world.

The Greeks, as always, can claim invention. From the famous tale of Orpheus who played his lyre to console himself in his widowerhood, to Plato’s belief that music directly contributed to the development of the soul (this comes in between his warnings of its possible use in sedition), the Greeks saw music as inherent in wellbeing. This exemplified by their merging together of the music and medicine in the single deity of Apollo.

Similarly in the Old Testament, the troubled King Saul asks David to “take his harp and play. Then relief would come to Saul; he would feel better, and the evil spirit would leave him”. (1 Samuel 16:23). David is said to have also written the Psalms, similarly consoling songs written to comfort the Israelites during their exile in Babylon.

This idea continues through the Roman and then Christian traditions into our modern age, a well-known way point being Shakespeare’s Orsino from Twelfth Night, who attempts to cure his lovelornness with Feste’s song. But it was only during the First World War that musical therapy ceased to be treated as private consolation, and began to be used as accepted medical care.

Small scale operations such as the Guild of St Cecelia had existed before, but during the First World War with its millions of wounded, the healing power of music was first confirmed, with decreased heart rate, reduced anxiety and improved brain stimulation some of the major benefits noticed. Research, clinical trials and new qualifications have been created ever since, with various organisations set up to continue this work, the UK’s being the British Association for Music Therapy. Nowadays there are hundreds of organisations dedicated to providing musical therapy, each focussing on a certain aspect of care, such as children, those with special needs, trauma sufferers and of course Music for My Mind’s major focus, dementia care.

As we enter this ubiquitous digital age, the opportunities for musical therapy are greater than ever, and we want to be at the front of this continuing journey of music and care. We have developed our Playlist Creation App to support our goal of providing easy, on-demand access to personally meaningful music to people living with memory loss or dementia. Become part of our journey by testing our App and helping us improve it!

A Focus on the Reminiscence Bump. 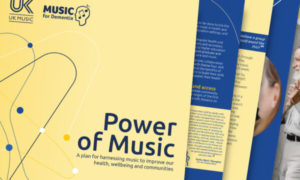 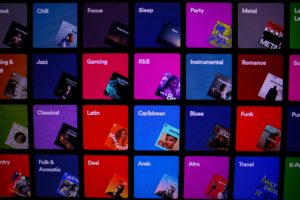 Understanding Spotify and its recommendation tool